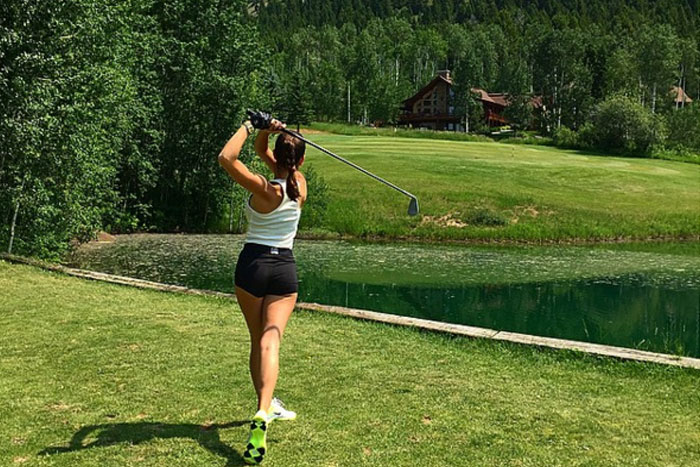 Observers comment on the oddities of the Marxist ‘Extinction Rebellion’, ‘Blood money’ narrative surfacing what seems to be a pissing contest between the PGA and the Rebel Tour don’t want to work for the boss-men no more.

It seems the PGA is fearing the competition of the Rebel Tour, instead embracing it. Belittled as a ‘circus’, ‘not serious’ and just for the money, are shallow arguments by the establishment. It is clearly a message for the PGA to change or face extinction. The Rebel tour is good for Golf.

What is concerning is that unsavoury characters like the ‘Extinction Rebellion’ surface in the orbit. This rent-a-crowd with its leaders are self-declared Marxists-revolutionary were imprisoned for ‘sedition against the crown’ for trying to bring down airplanes with drones should question the leaders of the PGA who came up with this bright idea to get extremist greenies into what essential is a labour dispute.

One group works for the men, PGA Tour commissioner Jay Monahan, which holds the monopoly over what is a sport for everyone. The other group, the ‘Rebel Tour’ does not agree to work for the men and starts a new gig. LIV Golf. The two groups part, clearly the ‘men’ aka PGA is unhappy about it and makes the live of the rebels living hell. But they got the money and are happy. The end. May the best win.

Unless you of course enter in unfair practices, obstruct the business, hinder TV rights, influence governments, TV stations, or radio, merchandise and ban people from playing on other tours. This makes the relationships toxic which means the PGA is afraid of competition?

Competition is good for the players. Spare us the toxic politics.

Then we suddenly have the blood money issue. Saudi Arabia, 9/11 and so on. This sounds more like a disinformation campaign paid by someone with vested interested on keeping the status quo. It is strange that none of this issues surface at PGA events? Except at the PGA Championship steep beer prices at the PGA tours.

It is like blaming Bayern Munich for the Nazi party that was founded in Munich. Or the role of the German Football Association, DFB, and the Nazi propaganda machine is well studied by academics in the field. So, this narrative is highly questionable.

Golf is about the long hours of training, the weeks absent from home, family, and failures that every successful athlete experiences. And it’s about endurance, the love for the game and winning. It is not about the politics, and the monopoly that some trying to maintain. It’s about Golf, the game. Period.