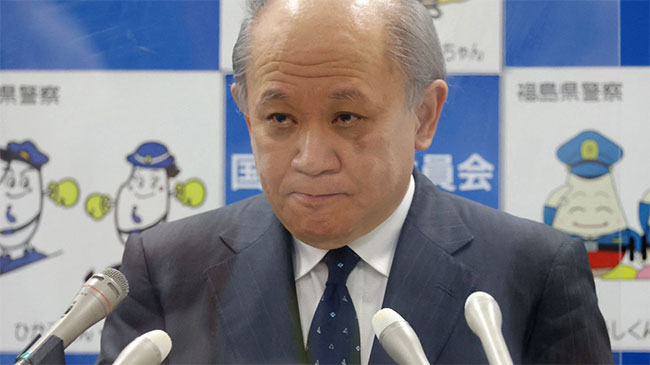 The head of Japan's National Police Agency announced his resignation on Thursday after an investigation confirmed "shortcomings" in the security plans for assassinated former prime minister Shinzo Abe.
Post Views: 178

Tokyo (03/09 – 33.33) The head of Japan’s National Police Agency announced his resignation on Thursday after an investigation confirmed “shortcomings” in the security plans for assassinated former prime minister Shinzo Abe.

Abe, the country’s longest-serving premier, was shot and killed while delivering a stump speech on July 8 in the city of Nara in western Japan.

“There were shortcomings in the security plans and the risk assessments on which they were based, and direction from the field commander was insufficient,” Itaru Nakamura told reporters.

“The root of this problem lies in the limitations of the current system, which has been in place for years, in which local police bear sole responsibility for providing security.”

Nakamura said he would take responsibility for the failings and step down from his post as police chief.

Abe’s suspected killer was detained at the scene and is believed to have targeted the politician because he thought Abe was linked to the Unification Church.

Local police in the area Abe was killed had already acknowledged “undeniable” flaws in security for the former leader, which was comparatively light on the day he was shot.

The Nara police chief also made a tearful resignation on Thursday.

The National Police Agency’s report said areas south of the podium from which Abe spoke were not properly ­guarded, leaving a route open for the shooter to approach.

If adequate security personnel had been in place there, “it is deemed highly probable that this incident could have been prevented,” the report ­concluded.

The man suspected of killing Abe, Tetsuya Yamagami, is believed to have fired two shots from a handmade weapon.

But the police report found officials at the scene did not immediately realize the sound made by the first shot was caused by a gun, “leading to delays in their coming to his [Abe’s] defense.”

“There is a possibility that what happened could have been prevented had they understood the situation immediately and evacuated [Abe] for protection when the first gunshot was heard,” Nakamura said.

He added it was “essential” to improve capacity among security officials and that the police agency would “implement high-level education and drills aimed at contingency responses, including helping officials better discern gunshots and take immediate evacuation measures.”

Yamagami is reportedly undergoing a psychiatric evaluation to determine his state of mind at the time of the assassination. Prosecutors are expected to determine whether he can bear criminal liability based on the examination, before making a decision on whether to indict him.