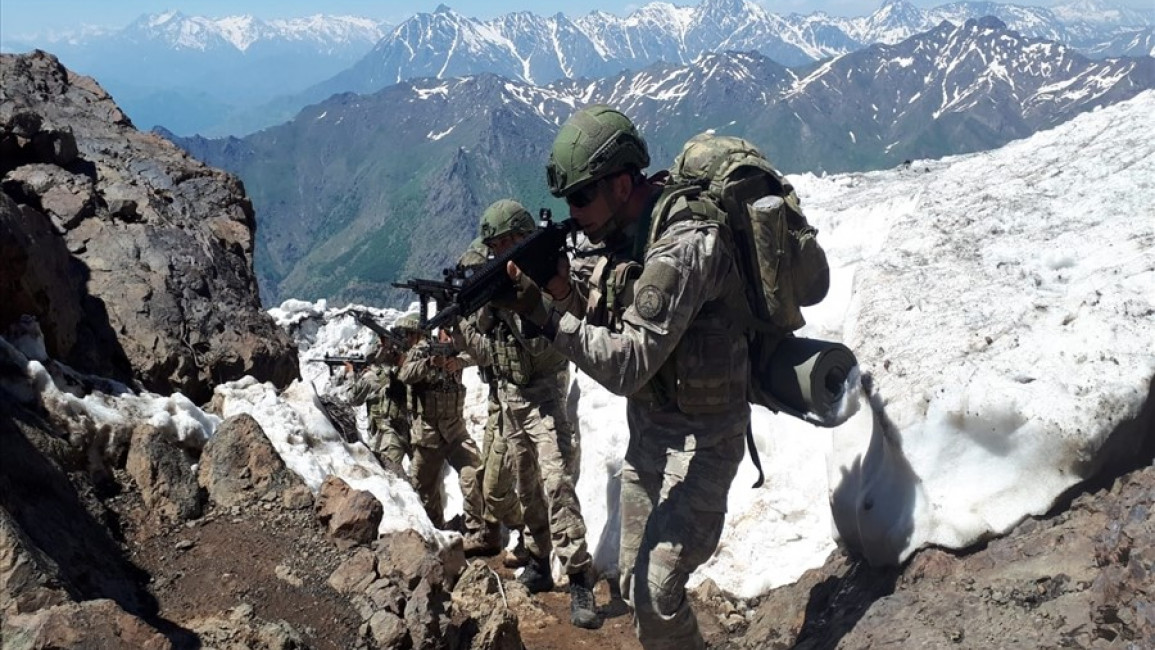 Turkey said on Sunday it had “neutralised”, the term its defence ministry usually employs for killed, some 30 members of the banned Kurdistan Workers Party (PKK) in separate cross-border operations in Iraq and Syria.

The defence ministry said the strikes involved 23 PKK members in a air raid in the Asos region, 140 kilometres (90 miles) into northern Iraq, and another seven in northern Syria.

Turkey regularly carries out cross-border air strikes, often with armed drones, in neighbouring Iraq and Syria as part of its offensive against PKK militants based there.

The PKK launched an insurgency against the Turkish state in 1984 and more than 40,000 people have been killed in the ensuing conflict. The PKK is regarded as a terrorist group by Turkey, the United States and the European Union.

A Turkish special forces officer was also killed in an attack Ankara on Sunday blamed on the PKK in northern Syria.

Turkish Defence Minister Hulusi Akar said on Thursday that the military had hit 16 targets in air strikes that week in the same part of the Asos region that was targeted at the weekend.