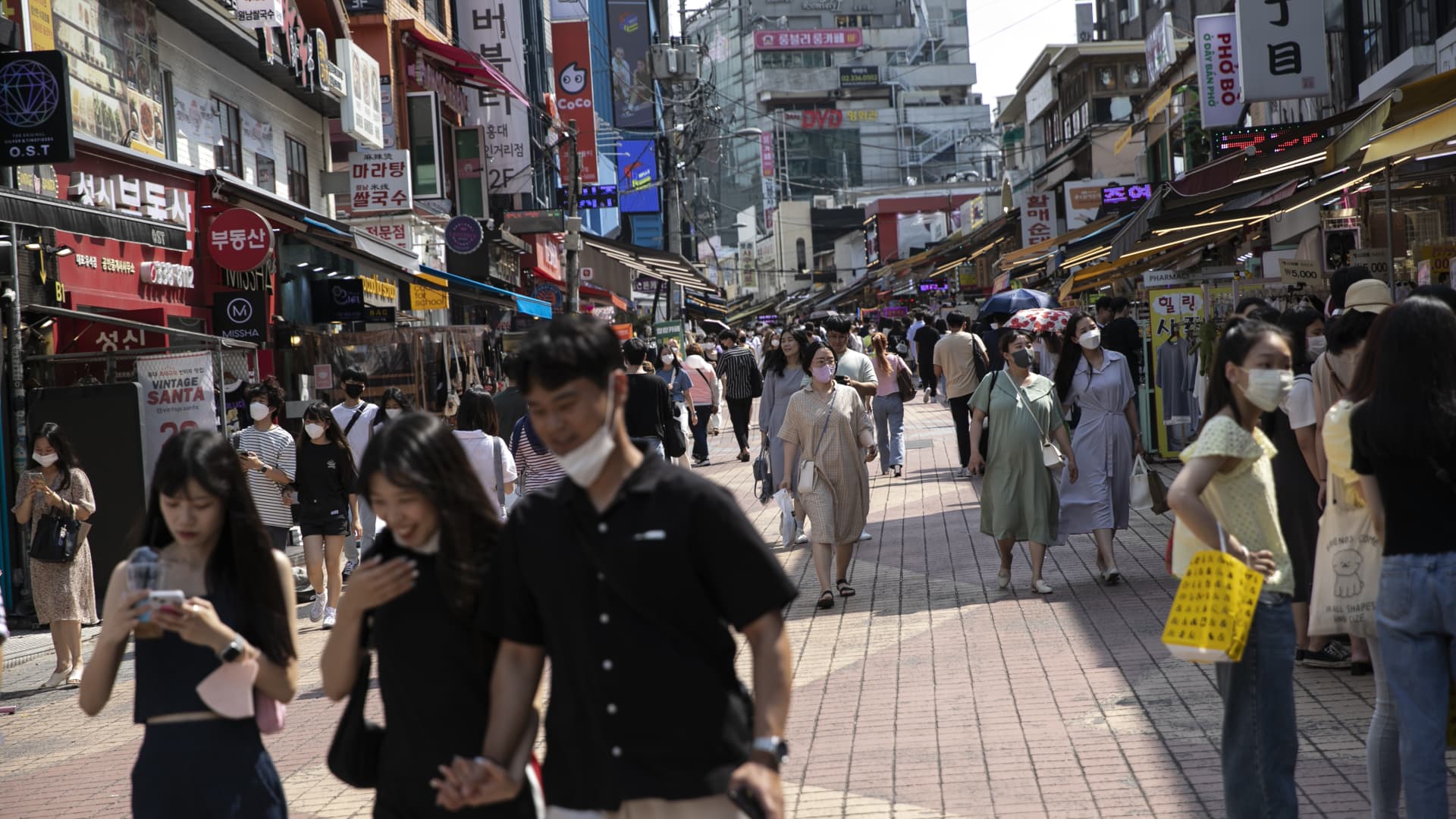 Shares in the Asia-Pacific were mixed Thursday as investors digest economic data in the region.

The Hang Seng index was up 0.71% in the final hour of trade after jumping more than 3% in early trade, boosted by tech stocks. The Hang Seng Tech index rose more than 4% early in the session and was last up 0.9%.

South Korea’s third-quarter GDP grew 0.3% from the previous quarter, the slowest growth since the third quarter of 2021. China’s industrial profits for January to September fell 2.3% compared to a year ago, the National Bureau of Statistics reported.

Ping An’s stock rose 2.84% in the morning session despite reporting a drop in third-quarter profits, as the broader Hang Seng index gained 1.74%.

Investors appeared to shrug off concerns after the insurer reported a 31.5% fall in profit in the July-to-September period compared with a year ago, according to Refinitiv data.

According to the report, the decline was attributed to the confluence of weak domestic market confidence, the “continued impact of Covid-19” and spillover effect of overseas factors.

ANZ shares fall as much as 6.5% after inflation warning

ANZ’s stock dropped as much as 6.5% after the bank reported earnings but warned that cost-of-living pressures are starting to hit consumers and that “the next six months will be testing.”

Statutory profit after tax rose 16% for the full year ended Sep. 30, 2022, ANZ said. But CEO Shayne Elliott said the world is facing “significant uncertainty with central banks struggling to control inflation,” though he added that the bank has kept hardship resources in place for customers who require extra support.

The bank’s stock recovered some losses and last traded 3.72% lower.

China industrial profits fell 2.3% for the first nine months of the year

Industrial profits in China for January to September fell 2.3% from the same period a year ago, according to official data from the National Bureau of Statistics.

The decline is slightly steeper than the 2.1% drop reported for the January-August period for the year.

Profits at manufacturing companies fell 13.2% in the first nine months of the year, data showed.

Meituan gained more than 6%, and Tencent rose more than 3.5%.

Samsung Electronics reported a 31.39% drop in profits for the third quarter to 10.85 trillion won ($7.67 billion) from 15.8 trillion won in the same period a year earlier.

The company earlier released preliminary operating earnings and estimated that its profit fell 32%.

CNBC Pro: Stocks and bonds are struggling. Give these strategies a shot, say Goldman and others

Both stocks and bonds have struggled this year, leaving investors with few alternatives.

Analysts share their strategies on how to thrive in these difficult conditions — including one behind the success of an index that was “almost a mirror image” of the losses in the S&P 500 index.

South Korea’s gross domestic product rose 0.3% for the July-September period, the slowest quarterly growth that its seen in a year, according to Bank of Korea data — after growing 0.7% in the previous quarter.

The GDP growth was backed mostly by consumer spending and investment in facilities, which grew 1.9% and 5% respectively.

Compared to the same period a year ago, the economy grew 3.1%, slightly more than the 2.9% annualized growth seen in the second quarter of this year.

Chinese onshore and offshore yuan strengthened sharply against the dollar in Asia’s afternoon on Wednesday.

Onshore Chinese yuan strengthened to 7.1880 per dollar from hovering around 7.3 levels, while the offshore yuan last traded at 7.2150 against the greenback after trading above 7.25.