Home » Chongqing residents see off Yunnan firefighters by lining up to salute, throwing food into their vehicles 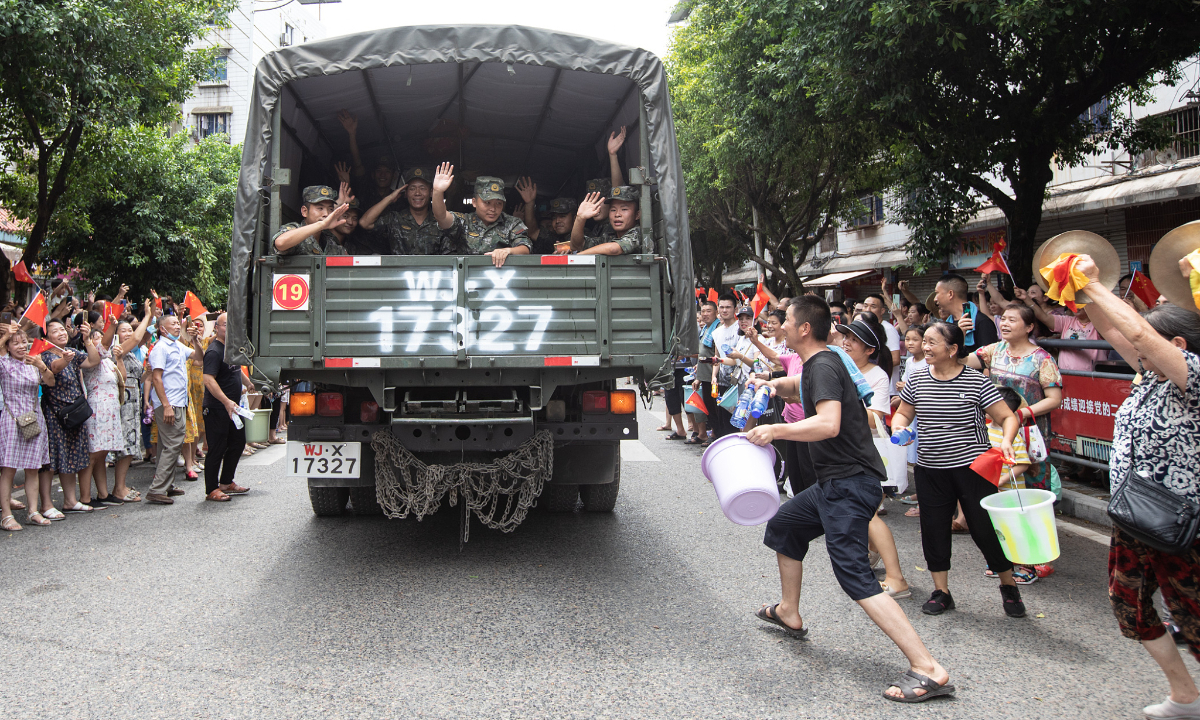 After firefighters from Southwest China's Yunnan helped neighboring Chongqing Municipality to bring a series of bushfires under control and returned home, they found that a barrier in their path.
Post Views: 178

Chongqing (02/09 – 37.50) After firefighters from Southwest China’s Yunnan helped neighboring Chongqing Municipality to bring a series of bushfires under control and returned home, they found that a barrier in their path.

Grateful Chongqing residents swarmed on the streets, holding Chinese flags to see the firefighters off, throwing bottled water, food and even watermelon into the firefighters’ trucks as the vehicles rolled away, showing another heart-warming scene of the deep bound between military and the people.

An extreme heat wave and drought triggered bushfires across Chongqing and Sichuan. Under the mobilization of Ministry of Emergency Management, 736 firefighters from Yunnan were deployed to Chongqing to assist local efforts.

Fires in Chongqing’s Beibei and Bishan districts juncture were finally stamped out on Friday morning. The Yunnan Provincial Forest Fire Brigade announced on Friday afternoon that the firefighters from forest fire brigade of Dali, a city of Yunnan already had already left the site of the blaze.

The Yunnan Provincial Forest Fire Brigade said in a short video that “Yunnan and Chongqing are a family, we are of one mind… good bye Chongqing, good bye lovely you.”

When the firefighters were leaving Chongqing, they encountered grateful Chongqing residents who greeted them with salutes. Video clips of local residents throwing food inside the firefighters’ trucks went viral on China’s social media since Friday.

Some firefighters even wound up the their windows to avoid the small gifts, but their efforts eventually failed as residents surrounded their vehicle, and refused to leave until their gifts were accepted.

Some netizens joked that Chongqing people are relatively restrained, as they did not put hot pot, a famous local delicacy, to treat the firefighters. Another one said that yet it is another scene of deep bond between people and the military, “people love their army.”

While the firefighters combatting fires on the mountain, they also appeared moved when recalling help offered by the local community. “They voluntarily brought their refrigerators to make ice and delivered icy drinking water for the firefighters.”