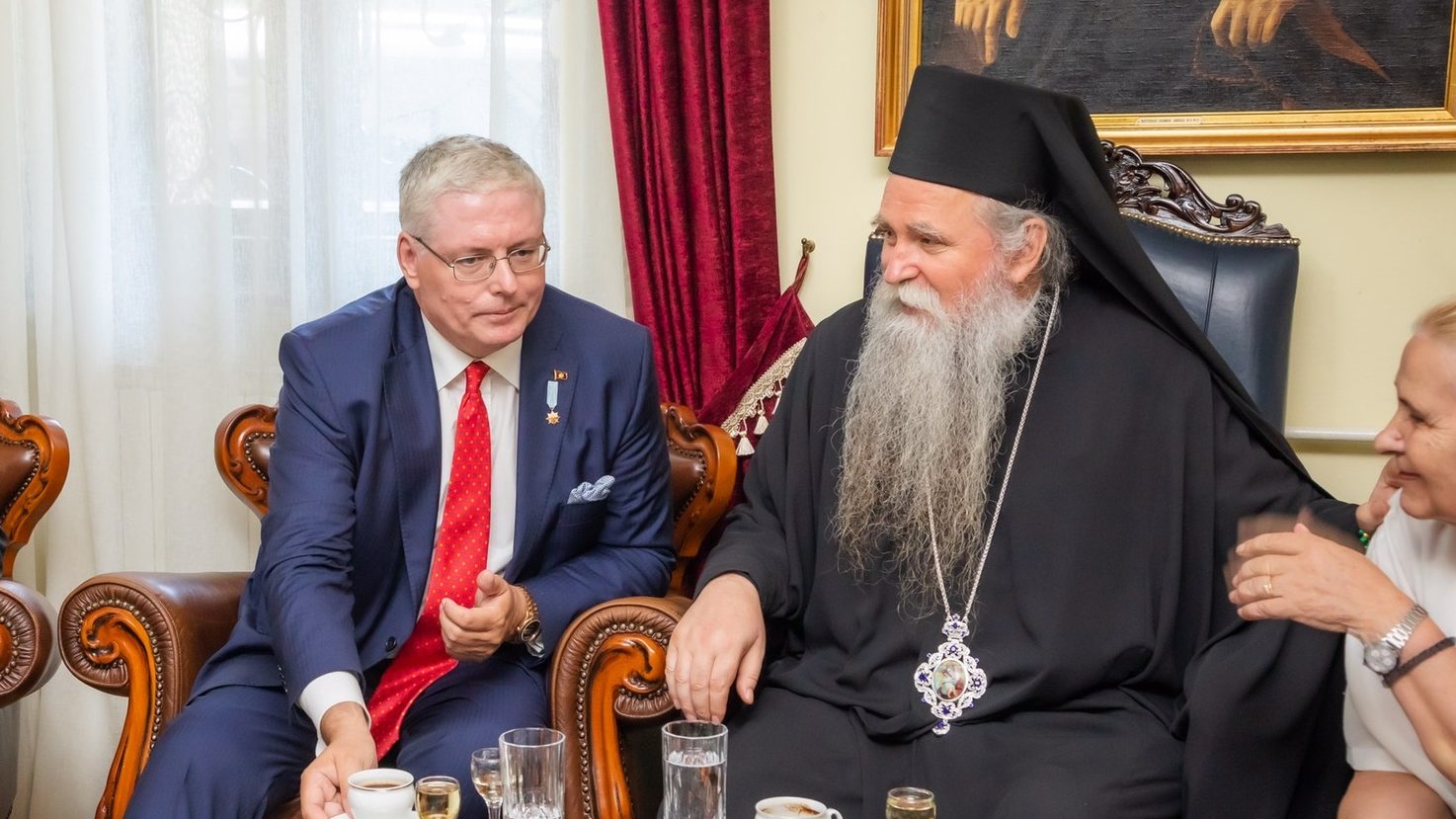 Podgorica (20/07 – 20.00) President Milo Djukanovic’s office called for an investigation after an Italian who falsely claims to be Prince of Montenegro and Macedonia gained access to this month’s Montenegrin Statehood Day celebration in Cetinje.

Montenegrin President Milo Djukanovic’s office called on Tuesday for an internal investigation after a man falsely claiming to be Prince Stefan Cernetic of Montenegro and Macedonia attended the country’s Statehood Day celebration in Cetinje.

On July 13, the man posted photographs in his fake prince guise on his Facebook page from the Statehood Day celebration hosted by Djukanovic.

“We call upon the relevant services to investigate how this oversight occurred,” it added.

On his Facebook page, Cernetic posted photos from the celebration posing with Djukanovic and Montenegrin Prince Nikola Petrovic Njegos, the grandson of King Nikola, who ruled the country between 1860 and 1918.

On the same day, Cernetic was hosted by the top bishop of the Serbian Orthodox Church in Montenegro, Metropolitan Joanikije, who baptised Cernetic’s son Ivan.

The Serbian Orthodox Church and Cernetic did not respond to BIRN’s queries about how the meeting was organised.

Sixty-two-year-old Cernetic is actually a food journalist who was born in Torino, Italy.

He made international headlines in June 2017 when he was accused in Italy of fraud after fooling local authorities, diplomats and Hollywood actor Pamela Anderson into thinking he was a prince from Montenegro.

Police in the town of Brindisi claimed that Cernetic and one other person travelled around Italy in a Mercedes bearing the Republic of Montenegro’s diplomatic plates and flags.

But they attracted suspicion by spending a week at a luxury resort in Puglia. When the resort presented the bill to the Montenegrin Foreign Ministry, it refused to pay.

Media reported that during the investigation, the Italian authorities confiscated a number of counterfeit stamps, diplomatic permits, and certificates of international awards emblazoned with the Montenegrin coat of arms and logos.

The Montenegrin embassy in Italy warned that Cernetic “speaks and acts as a person who is present and influential in Montenegrin institutions, which is absolutely not true”.

The fake prince’s Facebook page, created in February 2014, attests to the variety of prominent people he has met. He has also conferred worthless knighthoods, awards and other honors on many of them.

Among his photos are business tycoons, politicians, genuine royals such as Monaco’s Prince Albert II, and high-ranking members of the Catholic and Orthodox churches.

Cernetic met Pamela Anderson in November 2014 and gave her what he claimed was a damehood. He named the actor Countess of Lilies for her “contribution to the protection of marine animals”.