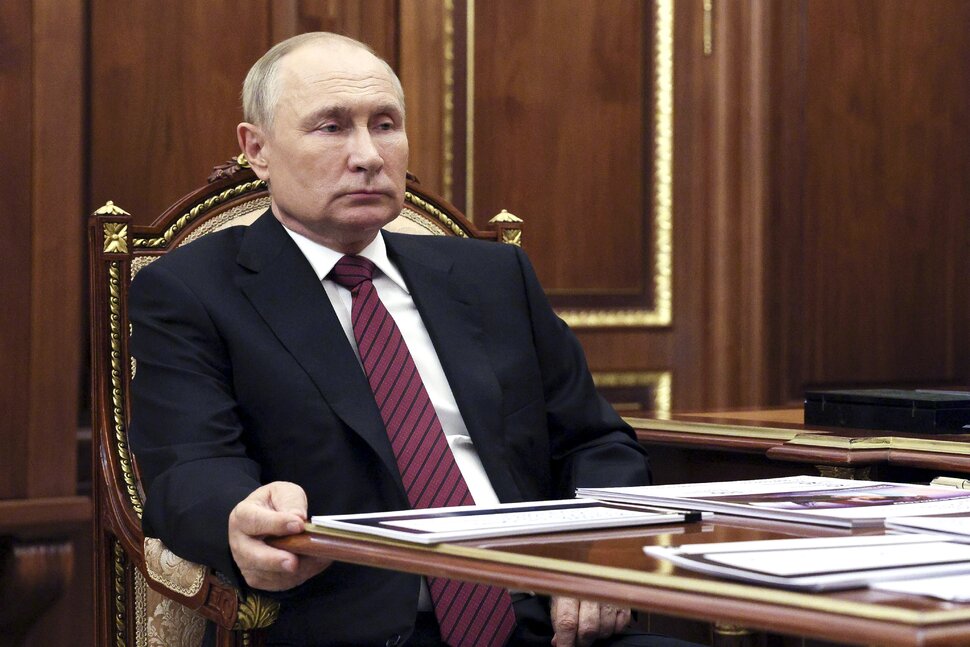 Russian and Kremlin-backed leaders have escalated their unusual public acknowledgements of embarrassing battlefield losses in Ukraine while also beginning to turn negative attention on a previously forbidden target: the decision-making of President Vladimir Putin himself.

Despite the embattled president’s attempts in recent days to center attention on the four Ukrainian districts he claims to have annexed through sham referendums, officials in Moscow and on Russian state media have instead elected to acknowledge stunning defeats of forces loyal to Moscow over the weekend.

Ukrainian troops routed Russian invaders in the southern region of Kherson – one of the regions Putin claims to newly control – prompting the leader of one of the pro-Russian separatist militia groups to admit to Russia’s Interfax news agency that the Ukrainians were able to “secure their positions” across the administrative border Moscow claims to control. Another of the confirmed “setbacks” among Russian forces there.

That came shortly after Ukrainian troops over the weekend liberated the city of Lyman, a key logistics hub considered the strategic gateway to the areas of Luhansk and Donetsk – two others Putin annexed – which comprise the region known as the Donbas that Russia first invaded in 2014. They also pushed Russian forces out of Kharkiv in the north outside Ukraine’s second-largest city.

Following ongoing, widespread and endemic failures by Russia to press 300,000 reservists into service, prominent commentators on Kremlin-backed media and Russian military analysts “are grieving the loss of Lyman while simultaneously criticizing the bureaucratic failures of the partial mobilization,” the Institute for the Study of War notes in a new analysis.

Kremlin sources and military bloggers are attributing the defeat around Lyman and Kharkiv to “Russian military failures to properly supply and reinforce Russian forces in northern Donbas and complaining about the lack of transparency regarding the progress of war,” according to the independent think tank.

Guests on Kremlin-censored television shows aired since Friday specifically criticized Putin for his decision to force the supposed annexation before Russian troops had effectively controlled those zones and questioned whether they ever will – a development the think tank described as “dramatic changes in the Russian information space.”

“Kremlin propagandists no longer conceal their disappointment in the conduct of the partial mobilization, frequently discussing the illegal mobilization of some men and noting issues such as alcoholism among newly mobilized forces,” it adds. “Some speaking on live television have expressed the concern that mobilization will not generate the force necessary to regain the initiative on the battlefield, given the poor quality of Russian reserves.”

The latest circumstances put the Kremlin in the embarrassing situation of having to confirm Monday that it isn’t entirely sure where the borders exist for the territory it claims to control.

“We’re going to continue to consult with the population of these regions,” spokesman Dmitry Peskov told reporters Monday morning.

Former U.S. commanders have raised new questions about the pressure these latest events place on Putin and his ability to maintain control of the government over which he has increasingly wielded an autocratic grip – despite his growing comfort with threatening to employ Russia’s nuclear arsenal to achieve his strategic goals in Ukraine.

No amount of “shambolic mobilization,” forced annexation or nuclear threats can help Putin escape from the situation he has made for himself, retired Army Gen. David Petraeus told ABC News on Sunday. “He is losing, and the battlefield reality he faces is, I think, irreversible.”

Ukraine now has a bigger and more effective army than Russia despite being roughly a third its size with better equipment and more of it, added Petraeus.

“He’s already lost a really critical element in that, a critical city that would have been a very key supply hub had they been able to go farther. And that’s just going to continue,” he added. “He’s going to continue to lose on the battlefield. And at some point, there’s going to have to be recognition of that.”

Retired Army Lt. Gen. H.R. McMaster told CBS News over the weekend that he believes Ukraine can turn its latest victories “into a cascading series of defeats of Russian forces.”

“What we might be at here is really at the precipice of really the collapse of the Russian army in Ukraine, a moral collapse,” said McMaster, who also served as former President Donald Trump’s first national security adviser.

He noted the Russian troops that left Lyman appeared to be among the first rounds of supposedly fresh troops Putin organized with his latest mobilization.

“Those forces were hastily trained, thrown into that front, and these are the forces that are collapsing right now,” he said.

Julie Davis, a columnist for the Daily Beast who tracks Russian state news, tweeted a series of segments from Russian officials and commentators over the weekend, including one particularly conspicuous clip in which a former Russian army commander couldn’t explain the defeat at Lyman.

He blamed a system of lies “top to bottom” within the Russian military system and questioned the appropriateness of a concert Putin held in Red Square amid the retreat. He was then suddenly disconnected.