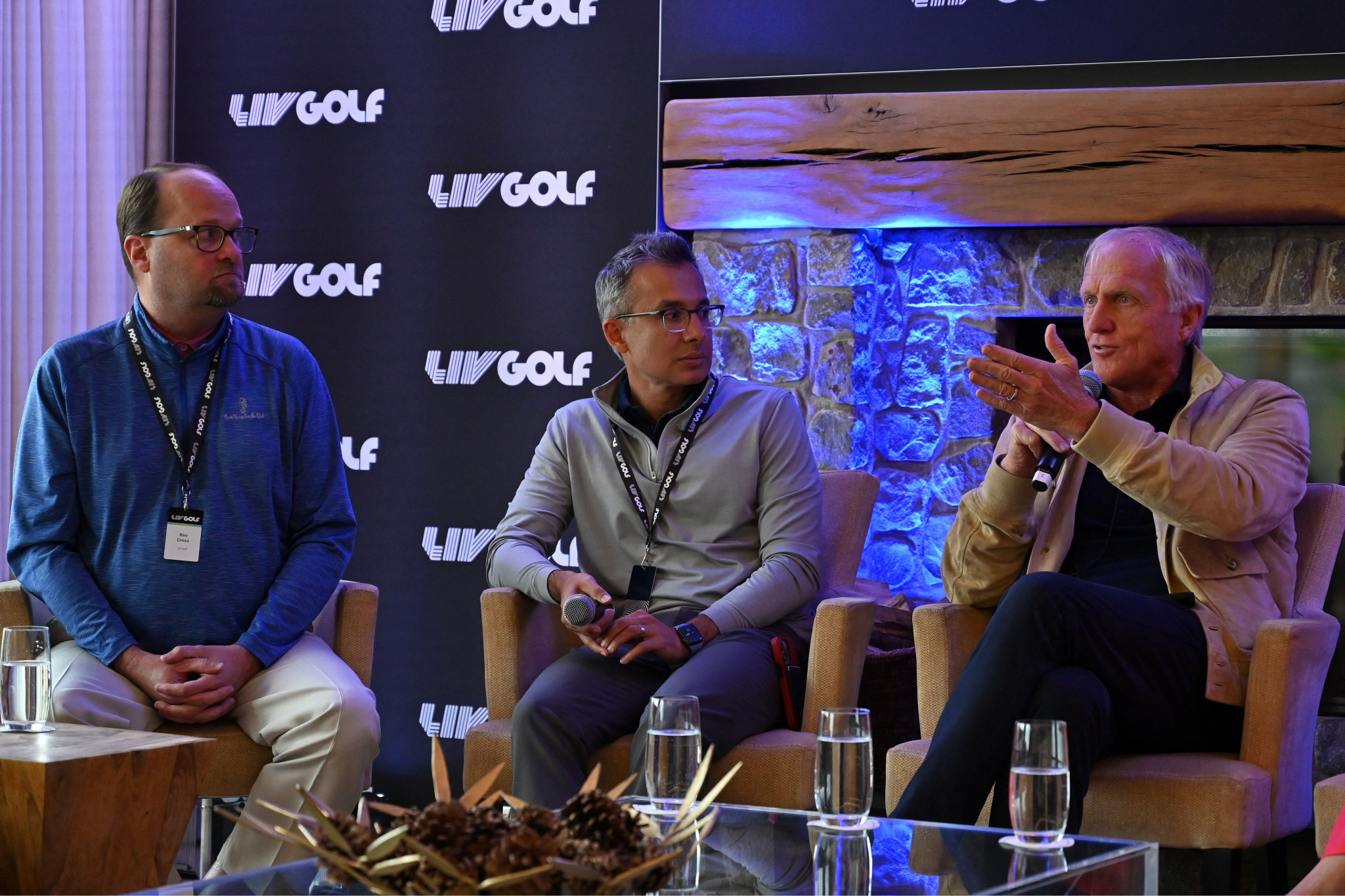 LIV Golf representatives are denying a report that said CEO and commissioner Greg Norman could be moved to a different role with a former golf company executive taking over his chief executive duties.

The Telegraph reported that former TaylorMade CEO Mark King has been discussed as a possibility for the CEO role, with Norman to be moved “upstairs.’’

“Greg Norman is our CEO and Commissioner. Any suggestion that changes are being made to Greg’s title or role is patently false,” said Majed Al-Sorour, LIV’s managing director.

Norman, a member of the World Golf Hall of Fame who won two major championships and more than 80 worldwide tournaments, has been with LIV Golf since June 2021.

He was announced as CEO of LIV and commissioner of what was to be a new league in October 2021, overseeing the launch of an eight-tournament series this year that saw the likes of Phil Mickelson, Dustin Johnson, Bryson DeChambeau, Brooks Koepka, Cam Smith and several other major champions accept guaranteed money to defect from the PGA Tour.

It will become the LIV Golf League with a 14-tournament schedule in 2023.

But Norman has been criticized for his handling of some matters, including downplaying human rights issues associated with Saudi Arabia—the benefactors for LIV Golf. He’s also been combative at times, as he pushed for his league to get World Ranking points.

Norman for years has pushed for player freedom, with the right to compete outside of PGA Tour minimums wherever and whenever they want. The PGA Tour requires its members to play 15 events and also agree to get releases to play conflicting tournaments around the world.

In 1994, Norman attempted to launch a World Golf Tour with the backing of Fox Sports, a similar endeavor to LIV that would have seen limited-field, big-money tournaments. The PGA Tour and then-commissioner Tim Finchem effectively fought it off.

During a conference call last week after the conclusion of the LIV Golf season, Norman said: “LIV has only just begun. From my perspective it was one heck of a year, one heck of a season, one heck of a launch. I don’t think any new sports league in its first year accomplished as much as LIV Golf accomplished.’’

Offseason plans for LIV including potentially signing new players, announcing its 2023 schedule, seeing player movement among its teams, getting some sort of network television deal and the continued seeking of world ranking points.