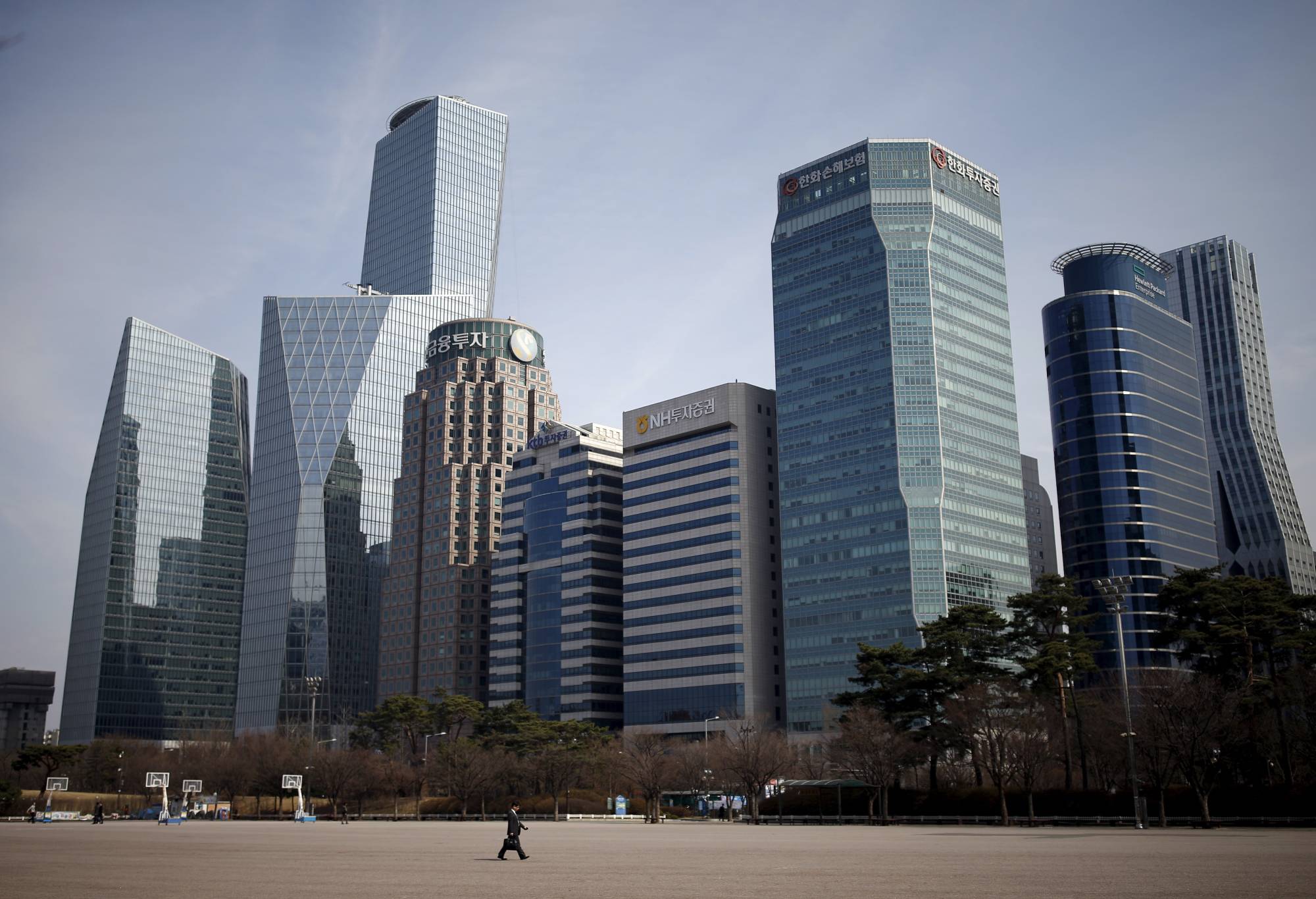 Past financial crises are haunting South Korean policymakers as they rush to support a local credit market that’s quickly gone from one of the world’s safest to teetering on the brink.

As South Korea gets swept into a global debt market rout, corporate treasurers and market regulators in Seoul are staring down one of the most rapid deteriorations in the nation’s credit market ever. The rout is one of the worst in Asia’s local-currency markets amid a broader fixed-income slump this year.

Yields on top-rated five-year South Korean corporate debt have spiked 157 basis points in the three months through October, the worst such blowout on record. One particularly alarming development has been yields surging to a 13-year high on local commercial paper, which companies use to raise funds for short-term payments like payroll.

The spike in the cost to borrow in that key money market intensified after a shock default in late September, when the developer of the Legoland Korea theme park in Gangwon Province to the northeast of Seoul missed payment on a kind of commercial paper repackaging loans. The builder’s largest shareholder is Gangwon, underscoring fears that in the new global era of rising interest rates, even borrowers with government backing are vulnerable.

The type of financial engineering involved in that case is called project finance asset-backed commercial paper, or PF-ABCP as the South Korean press shorthands it. It’s a key source of funds for the broader property sector.

The real estate industry, as in many countries, is already straining under the impact of rising rates, amplifying fears that loans tied to construction projects underpinning the PF-ABCP could start souring more ahead. There’s a lot at stake, with at least 23.6 trillion won ($16.6 billion) of such instruments backed by brokerages or builders set to mature by the end of 2022, according to NICE Investors Service.

Authorities have jumped into action to try to nip the turmoil in the bud.

The government pledged 50 trillion won of aid for credit markets last weekend in one of its biggest support packages since the start of the COVID-19 pandemic. The Bank of Korea is expanding the range of bonds it will accept as collateral. And the banking regulator said Friday that financial institutions will start paying 3 trillion won into a fund to stabilize credit markets.

The flurry of steps did help cut benchmark top-rated corporate bond yields by 32 basis points for the week, the biggest decline on record, to 5.41%. But given the recent rise, that’s still just the lowest since Oct. 18.

And even after that, South Korea’s local-currency debt market looks shaky compared with peers in Asia. Yields on top-rated five-year notes in China have fallen recently near record lows despite an unprecedented property debt crisis, thanks to central bank easing. Even in Indonesia where rates have jumped recently, comparable yields have risen less sharply, with an increase of 49 basis points over the past three months.

The absolute yield levels in South Korea may still be lower than many other countries, and selloffs in some other dollar bond markets globally have been even more abrupt recently.

But in South Korea there’s added urgency for policymakers to respond quickly because memories remain fresh of a series of financial crises that hit the country in recent decades, which caused heavy economic damage and sparked political turmoil.

In the late 1990s, for example, the depletion of South Korea’s foreign reserves forced the government to seek an International Monetary Fund bailout. That crisis led to a domino of bankruptcies during the period that resulted in mass layoffs and political chaos — opposition party politicians still bring up the events when accusing incumbents of not doing enough.

That’s exactly what happened when President Yoon Suk-yeol led a rare live-broadcast “emergency economic” meeting on Thursday, and the leader of the main opposition blasted him, accusing the government of being as incompetent as it was in 1997.

“Opposition warnings about the 1997 crisis are spurring emergency meetings and measures,” said Hong Sung-guk, a lawmaker in the opposition Democratic Party. “Policymakers have little choice but to keep supplying liquidity and shoring up confidence before sentiment calms after a while.”

Some also cite the similarity between the current credit crunch and events in 2011: a raft of non-bank depository institutions called “savings banks” saw their loans on construction projects go bad when the property market cooled, leading to more than 20 of the firms getting shut down in the end.

The construction sector is once again a source of concern as a global wave of interest-rate hikes weighs on real estate assets. The Bank of Korea raised rates by a half percentage point in both July and October, seeking to keep pace with the Federal Reserve and prevent further won depreciation that would fuel inflation.

Policymakers face a tough balancing act as they combat market dislocations while at the same time sticking to their guns in trying to rein in inflation — a tension appearing in many countries now.

South Korean authorities can, at least, take some comfort in signs that the local markets have gotten more resilient compared with crisis periods in the past.

The country has accumulated one of the world’s biggest foreign reserves and operates a flexible monetary policy framework that would help prevent future crises, said Krishna Srinivasan, Asia Pacific director of the IMF, during a visit to the country in recent days.

The government’s intervention after the Legoland developer’s default was “proactive,” he said in Seoul. “You don’t want any kind of contagion from one event to a broader thing.”

Still, investors’ caution hasn’t gone away, with nonbank financial companies now also under scrutiny. They have at least 10.5 trillion won of bonds due by year-end, according to Bloomberg-compiled data.

“So far we’re just recycling steps taken at the outset of the pandemic,” said Kim Sang-man, an analyst at Hana Securities. “If credit markets still don’t settle down, we’re sure to see more responses.”